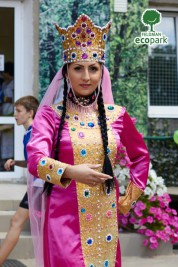 The Center of Tolerance is an international organization created on the basis of Feldman Ecopark in 2006.

The main task of this project is to promote spreading principles of tolerance and liberality in the territory of the multinational Ukraine, and to combat any manifestations of xenophobia, racism, anti-Semitism and extremism in the ideological, political, informational, political and spiritual fields.